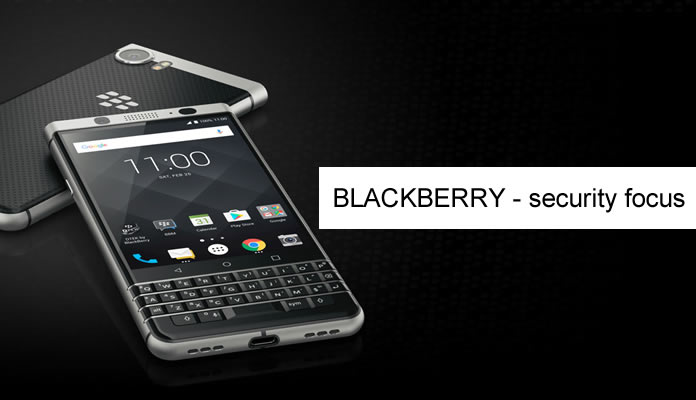 CEO and executive chairman, John Chen, explained that in an era of massive cyber attacks and the rise of experience international hacking groups, that cybersecurity was no longer a technological consideration, but an absolute necessity. It is estimated by Cybersecurity Ventures, that the $400bn-a-year loss to cyber attacks will increase to $6tn by 2021 if cyber attacks are left unchecked.

A focus of the summit was spotlighting the extreme scarcity of cybersecurity professionals. The total number of people employed in cybersecurity was just 200,000 in 2016. This severe lack of professionals led to an absolute 0% unemployment rate for those in the cybersecurity field, worldwide. This shortage is expected to lessen by 2021 with an expected 3.5 million professionals in the workforce.

Chen also highlighted BlackBerry’s commitment and leadership within the cybersecurity industry by stating that BlackBerry’s software had taken all 6 top spots in Gartner’s high-security mobility management report for the second year running. BlackBerry was also named in the top of Forrester’s “security capabilities” category of “Enterprise file sharing and sync” evaluation.

BlackBerry has made it known that the ultimate goal and reasoning behind their new consulting service is to assist in helping major enterprises comply with the European Union (EU) General Data Protection Regulation (GDPR) and to prevent security breaches and hacking of future technologies, such as autonomous and internet connect cars and other modes of transport.

The company stated that BlackBerry Cybersecurity Consulting has been designed around advising and assisting companies in understanding their requirements from the GDPR and how to safely store and manage their data.

It was also highlighted that there are now over 112 million connected vehicles in the world and that it is essential to keep these vehicles safe and out of control of attackers. “As hacking evolves and threats arise, our new cybersecurity consulting services will help play a critical role in the development of secure connected and autonomous vehicles,” Chen said.

The hallmark consulting services will be offered from both BlackBerry and a partner program aimed specifically at securing autonomous vehicles, with Spring Cloud, a South Korean AI driving platform being the first partner to work with BlackBerry.

BlackBerry’s commitment to security is particularly evident in its support services on http://support.blackberry.com where installing a VPN on your device takes centre stage. The importance of a VPN is highlighted during the setup process in which BlackBerry goes as far as listing each VPN service and how to connect to them.

A company as influential as BlackBerry pushing for the protection of future autonomous transport and assisting in smaller enterprises to strengthening their cybersecurity will undoubtedly shift the industries view of cybersecurity.