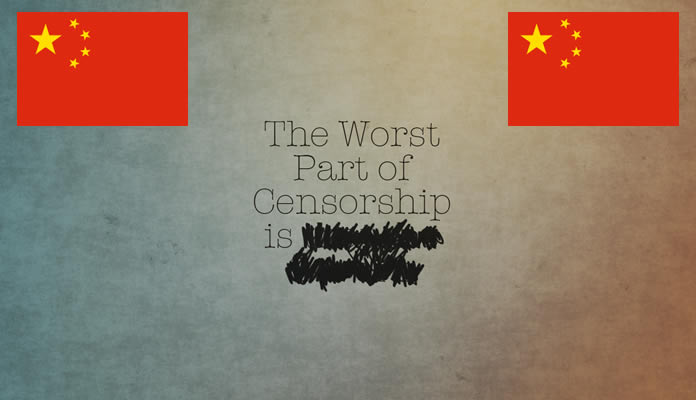 China is one of the most advanced countries in the world, but it also has one of the worst censorship rules. People in China find their internet access and usage severely restricted by the government. The government actively monitors the activity of the people and has placed huge restrictions as to what people can and cannot view or share. The condition is even worse for expats or visitors who find their internet freedom taken away from them when visiting China.

The Great Firewall of China

As can be seen from the kind of websites that are blocked, active communication between Chinese nationals and the outside world is severely regulated by the government. Social networking sites were the first to go down following people using them to organize protests against the government. News sites and services are blocked to prevent the people from seeing what is going on outside the country. Due to government censorship and surveillance, the country has the highest number of journalists and activists serving time in prison.

It is essential for people to find ways to get past the government censorship in China, for their internet freedom is completely snatched away from them. Here are two methods to get that done:

VPNs connect you to the internet through an encrypted tunnel. They create a connection where all traffic between your system and the internet is encrypted. In addition to this, VPNs also help you remain anonymous on the internet. This is done by masking your true IP address. When you are connected to a VPN, the IP address that is visible to anyone is that of the VPN server and not your system’s.

Using a VPN can help you get past the Chinese censorship. Since your traffic is encrypted, nobody can see what you are doing when you are using a VPN. Since your IP address is masked, nobody can know your location or identity easily. The feature of selecting an IP of your choice means you can unblock services like Netflix, Hulu, etc. from anywhere. VPNs are not illegal to use, but the government of China is actively blocking VPNs.

Web proxies can also help you get past the Chinese censorship. Proxies are remote computers that act as mediators between your system and the internet. All traffic coming from your system looks to be coming from the remote system. The IP address visible to anyone is that of the remote system, meaning that you can get past government blockades and geo-restrictions. Web proxies are usually free to use, but they are not always reliable, are full of ads, and do not encrypt your connection.

In this article, we saw the state of internet in China, and how users can get past the Chinese censorship. The methods discussed above are known to work and have been in use by the people in China for many years now.