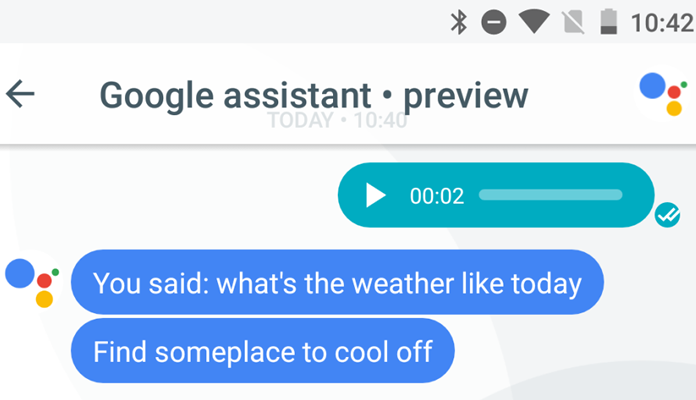 One of the most advertised features on the knee Google Pixel which was released last month is the Google Assistant feature. The feature is also accessible in some ways on the non-Pixel Nougat devices and the non-Nougat devices. The search giant has restricted the official compatibility of the feature to just a narrow range of the products, but for those that need to they can get various uses of the Assistant through some unofficial mods.

The Google Assistant feature is at the moment still undergoing some various changes as the company works on incorporating all the features that they advertised on the launch of the feature on October 4th.

Some users of the Google devices have noticed a peculiar but ultimately benign bug in the Google Assistant feature. If for any reason you have been using VPNs on your device then you can notice that the feature puts it up as working in offline mode. The device choice that is being used is not of importance and the way through which the Assistant method works in the first place doesn’t either. The bug seems at the moment to be only Google Assistant related.

The bug is said to be benign because even though it states that it is in offline mode, every other feature will be working perfectly without any glitches to it. Various users of the ad block software which relies on the creation of a VPN have reported that the Assistant feature has not been working for them, but at the moment it’s been hard to corroborate the particular claim.

However, the recreation of the benign bug is simple at this moment because all it takes is a simple turning on of the VPN connection and then after that you open the Google Assistant feature. The problem seems to arise from a bug that was created from the VPN that users will be using at that time.