How to Watch Disney+ Abroad with a VPN 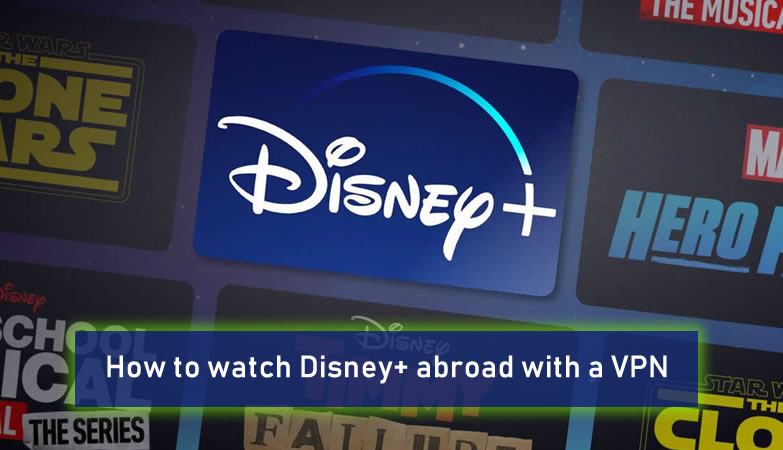 After an incredible launch on November 12, Disney+ is now streaming content to more than 10 million users in the US and Canada alone. However, it may not be available in too many other countries after launch, with only a handful of other nations including Australia and New Zealand on the list.

That said, if you’re looking to stream Disney+ while you’re on holidays outside the US, Canada, Netherlands or Australia and New Zealand, then we have some excellent news for you — leading VPN providers are here to help out.

To keep things simple, Disney+ uses similar technology to Netflix, enabling the service to lock out any other viewers who aren’t located in the service’s supported nations.

In the coming months and heading into 2020, Disney will be making Plus available in a few more countries, including the UK, Puerto Rico, Spain, France, Italy and Germany, however, if you’re heading there before March 2020, you’ll be out of luck.

We’re glad to say, with a VPN that navigates beyond geo-blocking, you’ll have no issue streaming Disney+ wherever you might be.

Choosing a VPN for Disney+

If you’re looking to dive into using a VPN for Disney+ there are a few things you’ll need to keep in mind, mainly speed and reliability aspects.

As Disney is offering a large number of their Plus titles in Ultra HD or 4K, you’ll need a VPN service that can support extremely large data transfers at high speed. You’ll also want to ensure your latency is as low as possible for browsing titles and looking at trailers, or you’ll be staring blankly waiting for movies to load.

Finally, you’ll also want to select a VPN with servers located in the USA or at least a country where Disney+ is supported — because you’ll need to be connected to these to gain access to the Disney+ service.

We’ve selected three leading VPN services that are more than capable of streaming Disney+ abroad, from a speed standpoint and also a geo-unblocking one. With the VPNs below, you’ll seamlessly be able to connect, login to Disney+ and stream without issue.

Our leading VPN service is NordVPN. You’ll experience fast speeds, high-grade encryption and streaming focused servers that ensure there’s no buffering. You’ll also be free to choose from servers in more than 59 countries, including the US, Canada and the Netherlands for easy access to the Disney+ platform.

To one of the world’s fastest VPNs, ExpressVPN offers unrivalled speeds through their private fibre optic network. All Disney+ viewers through ExpressVPN will be able to stream 4K content without a hitch on this VPN, and with more than 3,000 servers to choose from in 94 countries, you’re free to switch to a faster server should one be a little too slow for your liking.

Our third recommended VPN is CyberGhost. The service is affordable, extremely fast and offers servers that have been explicitly designed for streaming content — a fantastic perk for data-heavy Disney+ watchers. There are a tonne of CyberGhost servers across the globe, so choosing one for Disney+ won’t be an issue, and when you pair this with multiple device support, you’ll be able to jump between Mac, iPhone, iPad and even PC and continue watching.

How to Use a VPN for Disney+

Now that we’ve gone over the best VPN services for Disney+, we’ll take a look at how simple it is to use them!

1. All you’ll need to do is choose from one of the VPNs above and get your hands on a month-long or multi-year subscription.

2. Once you’ve subscribed, download the application or software program to your smartphone, tablet or laptop. You might be asked to allow the app to make changes to your device, which is no cause for concern, let it do its thing.

3. You’ll then be able to connect to the VPN service — we suggest choosing a US server — and then you’re all set!

4. Sign in to Disney+ as usual and start streaming your favourite Disney classics, or the newest exclusive originals.

There you have it. Disney+ might not be officially available worldwide just yet, but with a reliable VPN and a Disney+ subscription, you’re able to watch just about anywhere.

PRIVACY ALERT: Websites you visit can find out who you are

Our recommended vpn service provider for all-round internet security and online privacy is ExpressVPN. It offers an excellent selection of online security and internet privacy features, as well as the ability to unblock your favorite streaming services (Netflix, Hulu, BBC iPlayer). They currently have a Special Offer with 3 Months extra for free.