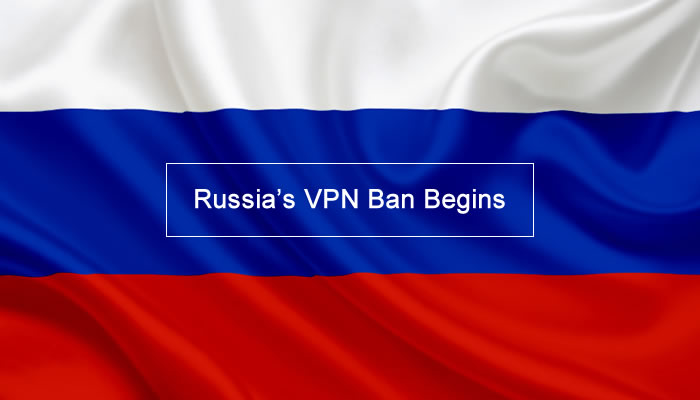 As Russia further increases its silence and control of its citizens’ access to a free internet, VPN’s have come under attack. Russia’s ‘ban’ on all VPN’s that don’t comply with the Kremlin’s exceptionally strict censorship program begins this Wednesday.

The Kremlin’s recent regulation of VPN services echoes similarly to China’s recent national ban, which even roped in Apple and forced it to abandon its stance on a worldwide free internet for all citizens by removing all VPN services from China’s iOS AppStore. Both of these VPN bans now means that over 1 billion internet users no longer have access to a free, unbiased internet.

Here’s What We Know

The new law set in place requires all VPN services to block access to certain websites deemed extremist, or organisations that are ‘undesirable.’ The word undesirable is subjective enough to lead to punk rock band Pussy Riot to be blacklisted as well as the website of opposition leader Alexei Navalny.

The Russian government has said in a statement that the restrictions will not affect those who do business with countries outside Russia and those who use corporate and business VPN’s.

One of the more invasive outcomes of the recent VPN regulations is the requirement of communications companies and apps to store and provide all user interactions and data to the communications watchdog, Roskomnadzor.

There are still ways around the oppressive actions taken by the Russian government though. Unlike China’s massive technical developments to monitor and control it’s citizens internet access, Russia’s is almost entirely law focused. This means that there are a number of ways to bypass the VPN ban and use services that are not within Russia’s control. The ban is avoidable, but it’s risky.

It’s not as bad as it seems

Although the invasive surveillance and VPN restrictions seem like a complete removal of all internet freedoms and a sense of privacy, it isn’t as bad as it seems. No, really.

The Russian governments soon-to-be enacted VPN law mainly affects VPN providers, not users. Citizens are still free to use VPN’s as normal, accessing content and websites from overseas under an encrypted network and with a hidden IP address. The only main difference is that VPN services now must comply with these new regulations, store user data and disallow access to already-blocked websites.

The bottom line is; Russian citizens are still entirely free to use VPN’s and access foreign websites and content, but VPN services must store these interactions, as well as limit access to websites that are already banned within Russian borders – suicide advocate websites, for example.

As one-third of the worlds internet users are now subject to strict and oppressive internet monitoring and control there is an underlying threat to what the future of the internet will be like.

Are we looking at the end of the free web and the beginning of an international threat to privacy and anonymity, where governments have total control and vision of every activity their citizens do online?

The latest move by Russia to censor and monitor it’s citizens is almost certainly a scheme to keep their government in power, in power indefinitely. We shouldn’t expect this type of censorship to spread throughout the world though, at least not in the form of VPN bans. More developed nations favour free speech and a free internet.