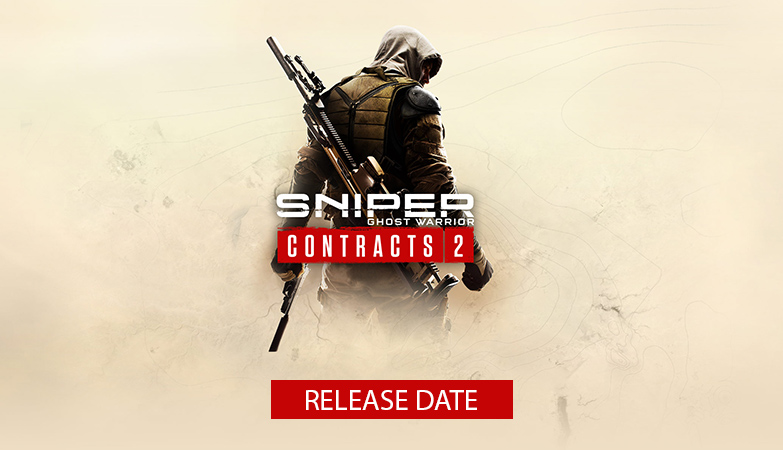 Whoever has a thing for sniper-style gameplay must’ve heard about the Sniper Ghost Warrior series. The first game within the series was released in North America on the 29th of June in 2010.

The character you play changes throughout the series, and every time it will be put into a different scenario, yet with a very similar goal – to take a bad guy down or save your teammates.

Despite being buggy and not having a good AI, a true sniper enthusiast can still enjoy the game and neglect the frustrations that most gamers had.

The series’s following titles Sniper Ghost Warrior 2 and 3, had some slight improvements. However, Sniper Ghost Warrior Contracts 1, the current release, won gamers and critics’ hearts. Unlike its predecessor, it uses mission-based gameplay instead of focusing on the open-world format. On top of that, the mask and use of a drone were the new, unique gadgets they brought into the game as a welcoming refreshment to the game’s gameplay. Warrior Contracts 2 is expected to be released on PC, Steam, PS4 and XBox.

We can already see that the game developer’s first focus of the game’s gameplay experience is distance shooting. Instead of getting out of your comfort zone among the enemy lines, the development studio focused on shooting from a very long distance. There is a rare video that shows an insane kill shot from 1506 meters.

You will be immersed in big open-world sandbox maps again, which you had experienced in the last title.

The developers’ team didn’t want to reveal much about the story itself, but so far, we found out that the character’s name is Reaper, and he is an entirely new character in the series. The game will be set in 2021, inside of the Middle East.

With this new title, the developers’ team tries to push boundaries with the most realistic and challenging experience that the studio has ever created. On top of that, developers promised some highly original Middle East environment, so we can’t wait to see that.

In SGWC2, AI will be improved with new tools and behaviors to make the game more tactical to engage the player.

So far, on the official website, other than the PC version that has the best gaming experience for this series, they only announced it would be available for PS4, Xbox One. Their Lead Level Designer Daniel Sławiński said in the interview that they are working on formatting the game for next-generation consoles, but it’s too early to tell.

Initially, the City’s Interactive developers’ team announced the release in the fall of 2020; however, they postponed it twice. The most accurate and latest news was from the game’s Lead Level Designer Daniel Sławiński who said that the exact release date would be announced until January 2021.

SGWC 2 will be available to download on the Steam platform in the first quarter (January – March) of 2021.