uTorrent vs. BitTorrent – which is faster ? 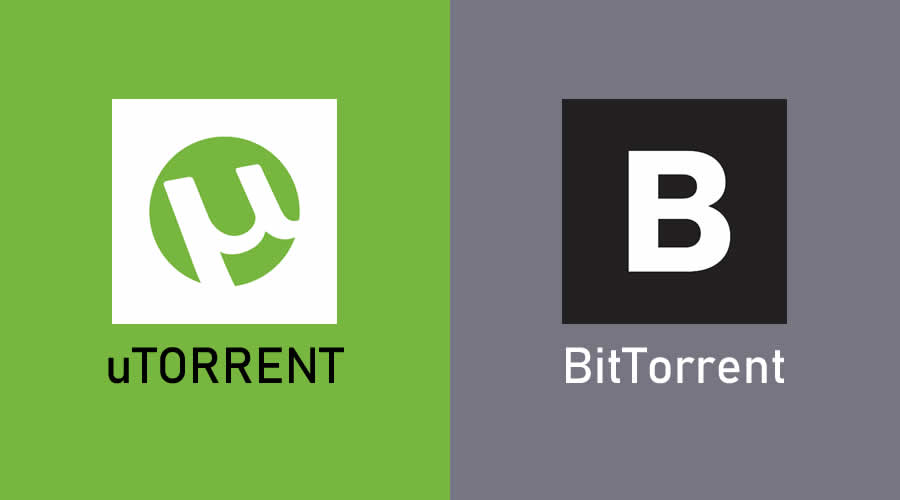 There are only two torrent clients that come to mind when you ask someone what their favourite torrent client is and those are uTorrent and BitTorrent.

What makes these the best torrent clients though? Is one faster than the other? Does one boast more security or virus protection? Sometimes more settings come into play too.

Although both uTorrent and BitTorrent are extremely similar, there are a couple of things that make them unique in their own way. In this article we’ll take a look at both, comparing them and their features as well as letting you know whether one works best with a VPN!

Anyone who has used both BitTorrent or uTorrent at some point will have noticed that they are almost exactly the same in design. The only main difference is the colours, otherwise, they’re exactly the same.

The reason for this is that they are basically the same software program. They’re both owned and developed by BitTorrent, Inc. Originally though, uTorrent was a standalone program owned by another team of developers until BitTorrent purchased it in 2006.

Now that that’s out of the way, let’s get to a few differences. You might think that as they’re owned by the same company that there are no differences, but there are a few. You just won’t spot them at first glance.

Considering that both products are designed almost identically they both share the major functions like unlimited downloading, settings and the paid and free versions. There are a few differences though and these might dictate which program you choose to use.

The Size
Between the two, uTorrent has a much smaller size than BitTorrent. You’ll notice that uTorrent is less than a megabyte whereas BitTorrent is almost three megabytes.

Firmware Updates
uTorrent is almost constantly in development and that means that there are always new alpha and beta software versions arriving, though BitTorrent sticks to simple final, stable versions. That makes BitTorrent more reliable.

So, Which one is Faster?

You’re probably still wondering which client is faster than the other. Let’s go over that now.

Firstly, it’s important to be clear that no matter which device you’re using, one client isn’t going to be a whole lot faster than the other. Though you can pair a VPN service to either uTorrent or BitTorrent and you’ll see a major jump in your download speeds — if your ISP is throttling P2P connections.

Another thing to remember is that the number of seeds to the torrent you’re trying to download will dramatically affect the download speed too.

Which is Faster for Android, iOS and Desktop?

As we mentioned above, there isn’t too much of a difference when it comes to the speed of uTorrent and BitTorrent. The client on Android is almost exactly the same too, even the app ratings are identical at 4.5 stars.

If you’re going off popularity it might be a different story. uTorrent is far more popular than BitTorrent. If you want a reliable and popular torrent client then uTorrent is probably your best bet.

On desktop, both clients run almost identically as there will be a surplus of computing power to run the program, though the lightest version on your desktop would be uTorrent.

On iPhone there isn’t a client available, so that ends the speed comparison between iOS and Android as far as torrenting is concerned. If you really want to use your iPhone to torrent you can jailbreak the device and install a torrent client from a third-party but this has the potential to damage your device.

The Magic Trick to Speed Up Downloads

Getting around this is rather simple. Install a VPN. This way the VPN won’t allow your ISP to see what you’re doing and they won’t be able to throttle the connection. As a result, your torrents will be able to make use of all bandwidth available to you and you could see up to a ten-fold increase in download speed!

Another big reason to use a VPN is for the security. In a lot of countries, including Australia, torrenting films, games and TV shows is illegal and a VPN will protect you from being traced and fined – or even arrested.

Of course, you’ll want to a choose a VPN that’s known for its speed. This way you can be sure you’re getting the most out of the VPN and aren’t paying for a slow download. The top VPN services we recommended for high-speed torrenting are NordVPN and ExpressVPN. These services have access to their own fibre optic networks, meaning that speeds are unrivalled.