What is a Multi-Hop VPN and when do I need one? 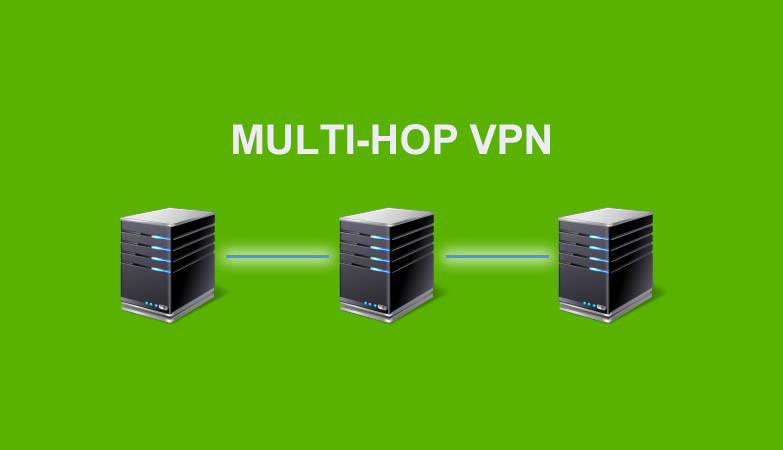 If you’ve ever taken a look into how a VPN works or a VPN service, you’ll know that the system operates fairly simply. Your browsing traffic is encrypted, re-routed through a server in another country (or your own) and connected to your destination website.

However, there’s another VPN technology that adds a whole other robust level of security, and that’s the multi-hop VPN system.

To understand a multi-hop VPN, all you’ll have to do is think of a chain of VPN servers working together to link your connection to its final destination. The primary reason for a multi-hop VPN is to ensure security and prevent almost all known ways of tracking.

When you compare a multi-hop VPN to a traditional VPN service, you can immediately see a range of perks. Though, let’s first take a look at typical VPNs.

How a regular VPN Works:

Although this is a reasonably robust means of encryption and security, there are a few flaws that may become apparent. The biggest weakness being that if a VPN server is somehow hacked or compromised, all of your data becomes available.

Pair these issues with the fact that government agencies and hackers could also decrypt all traffic on a network if they have the ability to correlate encrypted and de-encrypted traffic.

Browsing with a Multi-hop VPN

Taking a look at multi-hop VPNs now, and there are a few advantages that make these systems more secure than just about anything else publicly available. One of the most notable benefits of a multi-hop VPN is the fact that your data is encrypted multiple times, then shared across several anonymous servers — making it almost impossible to trace.

VPN providers like NordVPN offer double VPNs which work in the same way as a multi-hop VPN, though are only encrypted twice.

How do Multi-Hop VPNs work ?

This process is also happening in reverse when data is sent back from websites to your device, making it untraceable.

As you can see, this double VPN process is far more complex and secure than a single VPN solution, though when you add triple or quadruple VPNs, the process is virtually impenetrable. Your data could essentially be taking an entire world trip through four, six or even ten encrypted servers before it reaches its final destination.

One of the most effective ways to bypass internet censorship in countries such as China is by making use of multi-hop VPNs. This is down to the fact that a country is unlikely to be able to pinpoint and block a range of randomly selected double VPN servers, keeping your connection to the web open.

A good example of this is China blocking access to VPNs based in the US, or that connect to the US. Your multi-hop VPN could first route your traffic through Canada, England or another country, and then patch you through to the US in a second connection. China wouldn’t be able to see this patch, and therefore cannot block it.

The final thing we’ll take a look at is speed and reliability. As you would expect, a VPN in 2019 is going to be reliable and connect when it should, though, there are speed constraints with multi-hop VPNs.

With these points in mind, there are a few minor tradeoffs when it comes to multi-hop VPNs, though, the added security will undoubtedly make up for these.

The leading VPN provider offering a multi-hop VPN in 2019 is NordVPN.