Hulu – the name brings excitement among movie and TV buffs. There is a tough competition between Netflix and Hulu. While Netflix has a larger library, Hulu provides fresh content. So basically, if you have to watch the new season of a show, you cannot get it on Netflix. By the time you get it on Netflix, the internet would be loaded with spoilers. If it’s fresh shows you want, Hulu is the best place to go.

However, there is one major problem with Hulu – it’s available only in the United States and Japan. If you’re from any other country , you cannot access it. While the obvious way out of this problem is using a VPN, the worst part is that Hulu is anti-VPN and strikes down all IPs that it suspects are coming from a VPN. Several VPN servers from some of the smaller vpn service providers have been flagged by Hulu, thus meaning that they are unable to connect. When Hulu detects that you are using a VPN, here is the message that will be displayed when you try to connect:

“Hulu has analysed your IP address, and we have noticed that you are trying to access Hulu through an anonymous proxy tool. Hulu is not currently available outside the US. If you’re in the USA,  you’ll need to disable your anonymizer to access videos on Hulu.”

Long story short … if you’re planning to use a VPN to access Hulu, you need to choose carefully. If you sign up for a vpn service that’s been flagged by Hulu, then you’ll just be wasting your money. Instead, you need to be using a VPN service provider that is one step ahead of the Hulu admins and is constantly monitoring their vpn servers to ensure that they are not blocked.

Here are current recommendations for the best VPNs that continue to be able to access Hulu from outside USA or Japan in 2020:

SurfShark Jaw-Dropping Deal - February 2023: sign-up for a 2 Year Plan, and save an enormous 81% off the regular monthly price! That works out to be $2.49 per month USD. How cheap is that! Head over to SurfShark now to check out their fantastic Jaw-Dropping Deal while it's still on!

As the biggest name in the vpn market, ExpressVPN offers a lot to its users. With its multi-platform apps to highly secure technology, it has everything that you would want in a VPN. It has apps for iOS, Android, Windows, Mac, Linux, and routers. One of the key selling points here is their apps and their useability. No matter which operating system or device type you are using, the ExpressVPN engineering team have designed their apps so that they can be installed quickly and easily. Within a couple of minutes after signing up, you’ll have your vpn app installed and streaming your favorite Hulu videos.

Security-wise, Express has SSL secured 256-bit encryption which means your identity will stay safe as you browse through your favourite movies and shows. With its unlimited bandwidth and high speed, you can watch as many shows as you want. Also, Express runs in the background so you can watch Hulu without any disturbance.

ExpressVPN has more servers outside of the US and Japan than you are ever likely to use. While all their servers are currently allowed on Hulu, if there is ever a case that one of their servers gets flagged, you can always use a different one. Express offers a 30-day money back guarantee so you can sign up, watch Hulu, check the speed and performance, and keep the connection if you want. And if you think the speed is a bit sluggish or the connection isn’t secure (which generally doesn’t happen), you can get your money back.

Nord has superfast servers that are required for a seamless streaming experience. When we last tested them (from our office in Sydney, Australia) we didnt encounter any blocking issues with Nord servers. With its double data encryption, you will get the tightest security as your IP will be hidden from view while you browse the internet. Their server count outside of the US is probably one of NordVPNs greatest strengths – with 2178 servers in Europe, 122 servers in Africa / Middle East, and 681 servers in the Asia Pacific region, you’ll always have a server to connect to from any location around the world in order to bypass the strict Hulu geoblocking checks.

Nord comes with a Kill Switch. If the connection drops at any time, Hulu wouldn’t get to know your real identity. It is easy to install and use, and all you need to do is sign up for Nord and pay, and you can start watching movies in no time.

If you’re worried about your privacy, rest assured that Nord keeps no logs. Also, Nord accepts several payment methods including Bitcoin so your identity will always stay safe. You’ll get great customer support with Nord, which is why it is quickly rising to the number one position in global VPN scenario.

It also has a 30-day money back guarantee so you can safely get on it and try it out. Don’t like it? Get your money back. It’s a safe bet. Nord is another popular option among streaming content lovers, basically because of its high speed and superfast servers.

Hulu is notorious for the lengths that it goes to in order to geo-block their content. Their terms and conditions page outlines what they consider to be against their terms:

a. Usage Rules and Limitations. You may not either directly or through the use of any device, software, internet site, web-based service, or other means remove, alter, bypass, avoid, interfere with, or circumvent any copyright, trademark, or other proprietary notices marked on the Content or any digital rights management mechanism, device, or other content protection or access control measure associated with the Content including geo-filtering mechanisms.

The key word here is “geo-filtering mechanisms” indicating that Hulu is indeed aware that people do try to use VPN’s to circumvent their geo-blocking stance. Feedback that we’ve received from vpn users is the Hulu does not ban / terminate accounts that it detects of breaching this. At worst, in the unlikely event that Hulu does detect your vpn (i.e. if you’re using SurfShark, Express, or Nord), they’ll simply block your access and display a connection error message (described above). If this does happen, the simple solution is to just reconnect to Hulu using a different VPN server.

There are many hugely popular Japanese movies and anime titles that are currently available in the Hulu Japan library. Some of the most popular titles currently avaiable in Japanese region include:

If you’re a fan of Japanese culture and anime, you’re unfortunately going to find that these titles are simply not available in your existing USA Hulu library. But you can fix that pretty quickly with a vpn 😉

Be sure to sign up with one of the larger vpn service providers, as Hulu is pretty diligent in their efforts to block access to international libraries via vpn. What we found is that when we tried to access Hulu Japan from here in the USA while using some of the smaller, lesser known vpns is that there were blocked with no way around it.

In contrast to this, the larger vpn service providers have more budget to throw at their efforts to get around the vpn blocks that Hulu puts in place. SurfShark is our preferred choice for accessing Hulu Japan from abroad (including the USA). We had no problems accessing the Japanese Hulu library from our test lab here in Los Angeles. It’s also good to know that if you do run into any issues, the support team at SurfShark are extremely responsive. If for any reason you can’t connect to Hulu Japan, just shoot them a support email (or hit them up on chat) and they’ll quickly let you know which of their vpn servers you should connect to ensure that you’re granted seamless Hulu Japan access from abroad. Give them a try!

While Netflix is the current number one streaming app, Hulu is seeing a surge in its fan base. And along with that, it is also seeing an enhancement in its libraries. Hulu is better than Netflix as it offers fresh content and a lot of anime titles. Whether you’re an anime addict or a lover of new seasons of shows, Hulu is the one place that will offer an entertainment booster dose to help you feed your urges.

Hulu charges $7.99 for a month and its basic service is free. Its ad-free version comes at $11.99 per month and all these plans are accessible only from within US and Japan.

Hulu is considered a blessing by TV and movie buffs but the only thing that disappoints them is the huge geolocation barriers that it puts on its users. We are hoping that Hulu will soon start its services in other countries as well. With its 2,500+ movies and 1,650+ shows, Hulu has a lot to offer and a lot to grow. And it’s working on both aspects. If you want to be among the 3 million+ subscribers of this service, make sure you get a good VPN connection.

Want to get freshly aired shows from locations outside of USA and Japan? Sign-up for a VPN service, get Hulu, and start streaming your favourite shows. Easy. 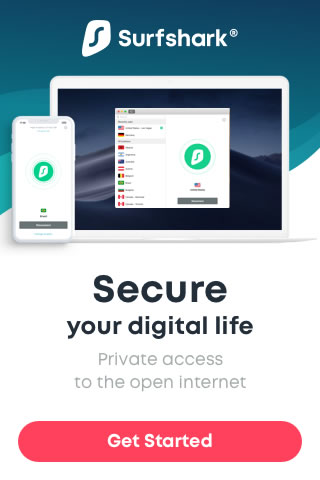 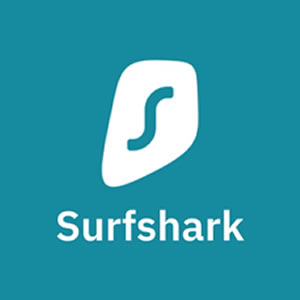