South Korea has a tough approach to the internet, and how they want it to be used. They are experiencing increasingly restricted flows of information within the country, as well as ever extending the reaches of government surveillance via the Korea Communications Standards Commission (KCSC) agency. Whether you are a visitor or resident, you are likely to experience blocked web content (whether it is content regarding streaming, political or otherwise), and some internet activity can put you at risk of penalties and jail time. The international online security group OpenNet Initiative has in fact recently classified internet censorship in South Korea as “pervasive”.

Despite this, South Korea has some of the fastest internet speeds in the world, and free internet access all over the country. What does this mean for you? If you are living in South Korea or are just visiting, these are restrictions that will affect you every time you connect to the internet – the best way to avoid internet censorship, maintain anonymity and securely make the most of the worlds’ fastest internet is to use an online VPN (virtual private network).

How a VPN will help you in South Korea

In terms of basic features, an online VPN will give you privacy and anonymity by encrypting your data and masking your IP address. This provides a significant number of benefits – namely, on top of the fact that a VPN will allow you to bypass government censorship and avoid being monitored, it ensures that your private information remains secure – regardless of the wifi you are connected to.

The Best VPNs for South Korea

When it comes to choosing the best VPN for South Korea, some VPN services will be better than others – even if you have narrowed your selection down to the top VPN providers, the choice of preferred vpn will depend on the particular features that it has to offer. With this in mind, here are our top vpn picks for South Korea:

Based on comprehensive testing and consideration, our verdict is that NordVPN is the #1 VPN service provider to go with if you are looking safe and private internet connection in South Korea. It provides the best selection of the necessary features you want in a VPN, without bloat and unnecessary features found within many competing VPNs. It does what it claims to do, without hassle or inconvenience.

One of the primary reasons why we recommend NordVPN for use in South Korea is due to their strong and unwavering commitment to online privacy and security. All of the NordVPN apps use Advanced Encryption Standard (AES) with 256-bit keys, which is the highest rating vpn encryption available. This method of encryption is in fact recommended by the NSA for securing classified information, including the TOP SECRET level. If you value your privacy, NordVPN is a clear winner against all other vpn service providers.

Further to this point, another feature that allows for even more secure connections is Double VPN – this means that your connection is rerouted twice, as opposed to once, which results in further security at the cost of slightly slower speeds. For those users where the highest security levels is a priority, this feature is invaluable.

NordVPN also reigns supreme over the other vpn providers on the market when it comes to servers. Their network of servers is extensive with over 5,460 servers in over 59 countries around the world. They have a total of x10 vpn servers in South Korea alone that users can connect to.

If you love streaming movies and tv shows online, NordVPN has got you covered too. Our tests have confirmed that their software is able to unblock all of your streaming favorites including: Netflix, HBO, BBC iPlayer, Hulu, Amazon Prime Video, and Disney+.

All NordVPN subscriptions come with a 30-day Money Back Guarantee, so you can rest assured that you can get your money back if you are not completely happy with their service for any reason at all. Click on the button below to head on over to NordVPN now and check out their service for yourself:

NordVPN Summer Deal - February 2023: sign-up for a 2 Year Plan, get 3 months free, and save a huge 72% off the regular monthly price! WIth this deal you end up paying a very low $3.67 per month. Bargain! Head over to NordVPN now to check out their fantastic Summer Deal while it's still on! 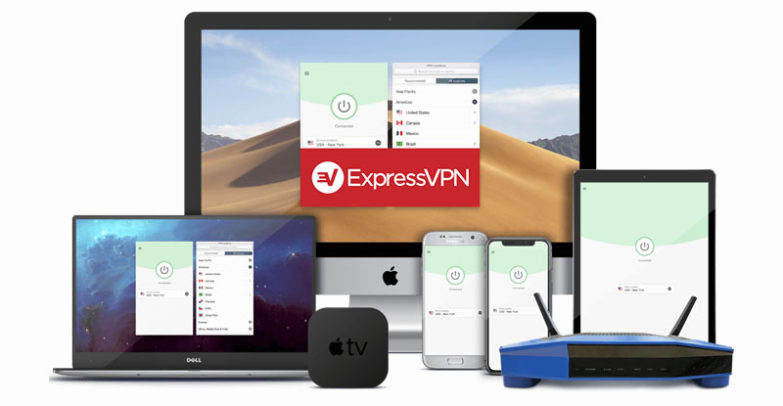 Coming in at second on our list of best VPNs for South Korea, ExpressVPN offers a convincing combination of features. Based on our testing and review process, it comes extremely close to the standard that NordVPN has set, and offers a number of features that will allow you to have a secure, anonymous and unrestricted browsing experience.

On top of the ease of use, ultra fast servers and overall quality of services that set ExpressVPN apart from the rest, it has a number of benefits (particularly for use within South Korea).

For instance, consider one of the most important features required in a VPN – ExpressVPN has an easy to use Kill Switch feature. Whilst unlikely, if your VPN does happen to drop out, a kill switch will cut your internet entirely. This means that the possibility of un-encrypted data and traffic continuing to flow is eliminated, and there is no risk of security being compromised.

Ultimately, regardless of what you need, ExpressVPN is a solid solution – on top of anonymity and security advantages, it supports torrenting, has dedicated streaming servers that contribute to a vpn network spanning 160 locations, and works on a wide range of devices. 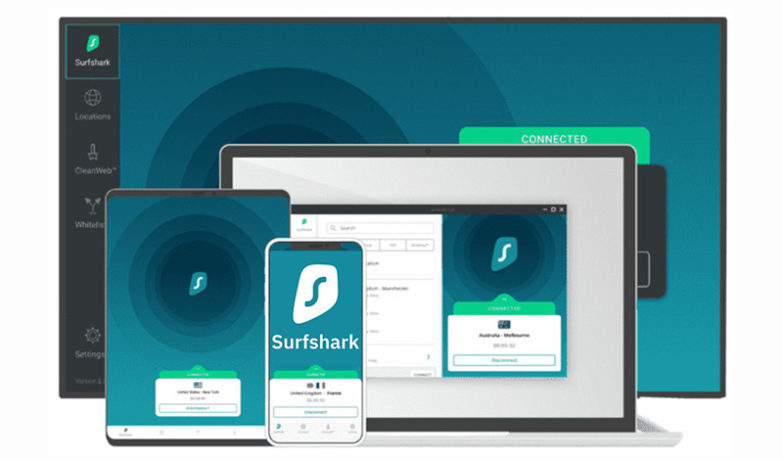 The third VPN in our top three VPNs for South Korea is SurfShark. One of the features that it boasts is that, like NordVPN, it offers servers in over 60 countries. It also doesn’t keep data logs and promises security and privacy.

A differentiating feature of SurfShark is that it offers simultaneous VPN connections. If you are in a household with multiple people, the entire household can connect to their VPN service at the same time, on their respective devices. Ultimately, SurfShark is one of the top VPNs out there, and it doesn’t do a bad job when it comes to providing you with security and access.

Ultimately, a VPN in South Korea will allow you to gain access to the vast range of content that is currently blocked – in addition to security and privacy benefits, the right VPN will ensure that you don’t have to deal with the hassle of running into restrictions, wherever you’re browsing.

While censorship – including the blocking of information, the suspension of certain online services, and the monitoring of information and usage – is a common characteristic of strong authoritarian regimes as opposed to democratic countries, South Korea is a peculiar exception. They have a (relatively) healthy democracy – however, they also have some significant internet restrictions in place. These have been implemented by a number of leaders and organisations such as former Presidents Lee Myung-bak and Moon Jae-in. An example of this is the Korea Communications Standards Commission, which was falsely claimed to be an independent commission unrelated to the government – as it turned out, many of the members of the commission were appointed by Moon Jae-in.

In almost all other regards, South Korean internet is ahead of any other country you can think of – on top of the fact that they have free internet access on public transport, in public buildings and even on the streets, South Korea has the fastest internet speeds in the world.

If you are in South Korea, the right choice of VPN will provide you with invaluable benefits. Things like a kill switch, split tunneling, and comprehensive locations are all crucial when it comes to an effective VPN experience that ensures security and protection. Not to mention, the right VPN will ensure that you can continue to take advantage of South Korea’s top internet speeds.