On the last fortnight of January every year since 1905, Melbourne holds one of Australia’s biggest sporting events, the Australian Open. For the last 112 years, hundreds of thousands of devoted tennis lovers have packed Rod Laver, Hisense and Margaret Court arenas. Last year, a record 743,667 fans attended the Australian Open, smashing the previous attendance record by 14,000.

If you intend to watch the Open and live in Australia you have a number of live streaming options for all of your devices.

The more difficult part of streaming the Australian Open comes if you’re on holidays abroad, or live overseas. Channel 9 geo-blocks the games from any country outside Australia, making it almost impossible to stream the games.

There is a simple way to bypass Channel 9’s geo-blocking enforced on the 2019 Australian Open though, and that is to use a high-speed VPN with servers located in Australia… our current recommendation (based on: speed, price, service, ease of use) are: NordVPN and ExpressVPN. These are both well-known and reputable VPN service providers that we have personally tried and tested ourselves.

How to bypass the Australian Open Geo-Block

Unblocking Australian content, like the Australian Open, from overseas is made simple by utilising a VPN service that has established servers which are based in Australia. This means that as far as Channel 9 knows, you’re streaming from inside Australia, no matter where in the world you’re located.

To ensure streaming is buffer free and smooth, it is highly recommended that you use a VPN service with a great deal of bandwidth and servers which are located in the region you’d like to access content.

There are two leading VPN providers we recommend for streaming the Australian Open which will both provide a smooth viewing experience for people abroad, and those are NordVPN and Express VPN. Both of which have Australian-based servers for users to connect to.

One of NordVPNs standout features is its simplicity and ease of use. You can simply install the NordVPN VPN app on your smartphone or computer by creating an account and downloading their program and then logging in.

When you first open NordVPNs program or app, you’re immediately presented with a map of servers which are available to be connected to. There’s no need to search for the option in settings.

On top of its ease of use, NordVPN is also heavily encrypted with its own ‘Double data encryption’ feature. This feature makes it one of the most secure VPNs available, so there’s no need to worry about data throttling or prying eyes when you’re browsing.

Finally, with over 2,000 server locations, NordVPN offers one of the most extensive worldwide VPN networks, making it more likely to have a server in your preferred location than any other VPN service out there.

You can check out this deal on the NordVPN website by clicking on the button below:

ExpressVPN is the world leader in the VPN services category. Over 1,700 full-speed servers and the first VPN provider to purchase and develop its own fibre optic network has made ExpressVPN a winner in more ways than one. Its bandwidth is so high that streaming HD content is a breeze, and large downloads take no time at all.

Installation of ExpressVPN is made simple by the service not only including a smartphone application and a computer program but also browser extensions and support for smart TV’s and set-top boxes, like Apple TV, Fire TV and more.

Owning its own network means that ExpressVPN is not required to hold any logs or user data, making its end-to-end 256-bit AES encryption extremely secure. The service also prevents hacking, surveillance and data collection from hackers and other cybercriminals.

You can check out this deal on the ExpressVPN website by clicking on the button below:

How To Install the VPNs

If you download the 9Now app outside of Australia and try to access its content, you’ll be greeted with a splash screen similar to the image below.

To ensure this doesn’t happen to you, simply install a VPN service, like NordVPN or ExpressVPN, by going to their websites and creating an account, then search for their apps in either the AppStore or the Google Play Store and download them. After this, open the VPN app, log in, and select your preferred server as Australia, or a city in Australia.

After the installation and connection to the Australian VPN server, simply head back to the 9Now app and you’ll find that access to all of its content, including the Australian Open, will be granted and the geo-block removed.

Similarly to a smartphone, installing a VPN on your computer requires you to signup to a VPN provider like NordVPN or ExpressVPN by subscribing and making an account.

Following the creation of your account, you can simply download their app for your computer, either Windows or macOS and install it.

Once the installation is complete, open the program, log in and choose Australia as your preferred location, then the VPN service will connect and you’re all done.

Head over to the 9Now website and you’ll have access to all of its content as well as the ability to stream the Australian Open from outside Australia.

This years Australian Open has again attracted the worlds best. Below are our pick of contenders to keep an eye out for in the Mens division:

Roger Federer was the winner of the Men’s Singles title in 2017 and 2018 while in the Women’s Singles Caroline Wozniacki defeated Simona Halep last year. Who will win the 2019 Australian Open is a great question, and sure to keep tennis fans enthralled. If you’re living outside of Australia, and want to watch the Australian Open for free, then a head over and grab the 9Now streaming app together with your VPN app (we recommend NordVPN and ExpressVPN for easy setup and excellent vpn speed) … and your all good to go! 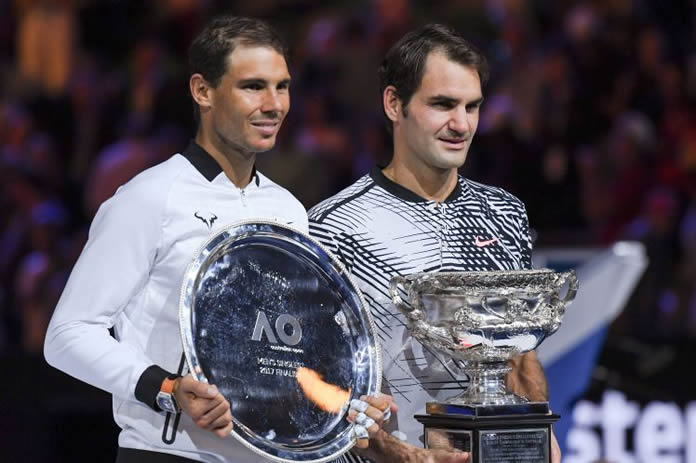 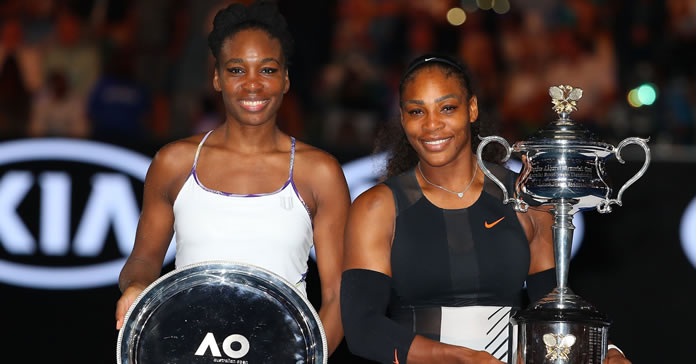 That’s all you need to do.

Just by installing a VPN on your smart TV, smartphone or tablet you can access all of Channel 9’s content, like the Australian Open, on any of your devices anywhere in the world.

Remember, the Australian Open starts on the 14th of January local Melbourne time and runs until the 27th and features some of the biggest names in tennis, like Serena Williams, Roger Federer and Novak Djokovic. Now there’s no reason to miss out just because you’re on holiday or live abroad.