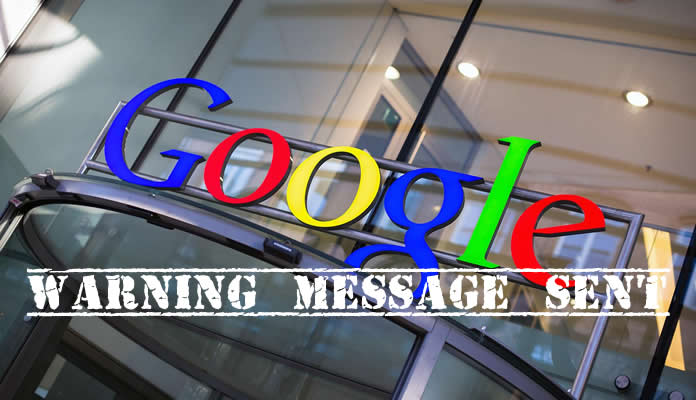 Google has been giving warnings to hackers over the past week concerning some possible future government attacks. The attacks are being presumed to be targeted towards journalists, academics and various activists. Most of the people who were warned about the situation posted their messaged on Twitter, and they had numerous warnings on them. Google verified the warnings after being contacted for authenticity.

The search giant has been known to issue this kind of warning messages to users since 2012, and it seems they have continued the tradition. At first, the warning message was a text which would be put across the top of the recipients Gmail page.

It recently changed the format to a new and larger banner that is now appearing, back in March. The earnings will not clearly indicate when the account or if it is being hacked into, but will just notify the user that Google thinks there has been foul play.

The warnings do not seem to be timely, and the attack indicators, in this case, seemed to have begun a month earlier. Google has formed a habit of notifying intended users of the attacks because they fear the attacker might then be able to determine the way they discovered the attack. The time lapse has now led the most analyst to assume that the Russian government and actors might be behind this attack too.

The Russian has presumably been busy this year managing to hack into the Democrat Party Committee servers and is also said to have hacked into journalist’s who were investigating the MH17 crash.

One ESET senior researcher, David Harley, said that the search giant has been secretive about the algorithms and methods they use to get information which tells them if a hack is state sponsored or not. Harley also noted that such secrecy was expected in the field and there was nothing unusual about it.

The algorithms which are being used to determine if the hack is state sponsored or not is unknown, and Google is not one to easily divulge their secrets easily.

Sean Sullivan from the security firm F-Secure said that as for the journalists, academics and all targeted people, they already what they were supposed to do at this moment. If they are not sure, they can easily find it as many articles on the Internet provide such information.

All users who have received messages from Google are supposed to follow the strictest security measures possible because Google does not mention if the attack was successful or not in their warning message.

One other security researcher with security firm Private Internet Access, Caleb Chan, said that the issue of state-sponsored hacks on individuals was more prevalent than people knew. Google notes that at least just 0.1 percent of its users suffer from this kind of attacks, but these numbers are huge.

For example, if Google has a billion users on the Gmail platform, then that means at least a million people are susceptible to these attacks. Chan said that as more and more cyber attackers became prevalent across borders and in the world, the number of state-sponsored hacks was going to rise.