How to watch Father Brown online for free 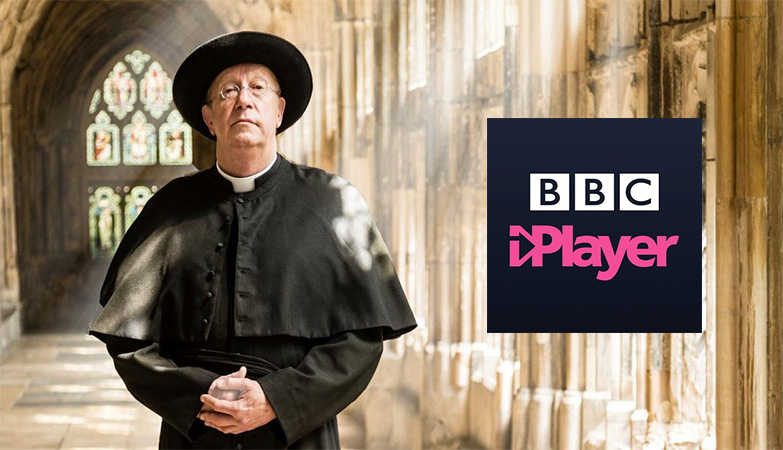 Season 8 of ever popular Father Brown series started airing on the BBC network on January 6, 2020. If you’re living in the UK you can easily watch this and all past series of Father Brown via the BBC iPlayer website or app. Unfortunately, if you live outside of the United Kingdom, you will not be able to use the BBC iPlayer. This platform is geo-locked and you can only watch the show in Scotland, England, and North Ireland. If you’re living ouside any of these UK countries (or if you are a UK resident living or travelling abroad), then the BBC iPlayer app will detect (using your current IP address) that you are located outside of the UK and will block you when you try to access it.

Sure, there are always unlicensed streaming platforms out there. But we don’t recommend using them for a variety of reasons. Sticking to official sources means that you won’t have to deal with downtime, slow buffering, and general lag; not to mention intrusive ads that unofficial streaming websites bombard you with. Plus, unlicensed video sources frequently get removed by hosting platforms because of copyright issues. That means you could easily miss an episode or two, and you can’t depend on such platforms for viewing.

Our internal testing has revealed that the quickest and easiest solution to this problem is a VPN. Using a virtual private network (VPN) application you can fool the BBC iPlayer into thinking that you are currently located in the UK. Geo-blocking restrictions that the iPlayer employs means that it checks your IP, and if it determines that your IP is NOT from the UK, then you’re blocked. A vpn is able to get around this restriction by spoofing you IP so that it appears that you ARE from the UK. The iPlayer sees this “UK IP address” and then happily allows you access to their service and all of the video streaming content on it as normal.

First, the good news — if you find a good VPN, you will be able to see Father Brown season 8 episodes for free online; regardless of where in the world you live. You will be able to use the BBC iPlayer to see the show just like you could if you were in Britain. All you have to do is follow all of the steps that we’ve outlined here:

Quick Guide: how to watch Father Brown online from anywhere in the world

There are plenty of free vpn services available on the internet. The biggest problem with these is that because they are free, they’re typically poorly maintained, contain virus and trojans that can infect your computer, and simply they don’t have the technical expertise to get around the geo-restrictions put in place by the BBC iPlayer team.

If you’re looking for a vpn app to watch Father Brown online thats both hassle-free to install and setup, while at the same time giving you a smooth streaming experience, then check out our recommendations below.

ExpressVPN is our number one choice for streaming Father Brown online. As the world’s largest vpn service provider, they have the financial resources and capability to invest in the very best server hardware, technical support persons, security protocols, and vpn app development.

Testing conducted by the VPNCompass Test Team has shown that ExpressVPN is by far the best peformer for streaming online content. Streaming is the primary function that the team at ExpressVPN focus on, as it’s the number one feature requested by their user base. Many of the smaller vpn service providers struggle to get around geo-blocking restrictions put in place by the various streaming platforms. This can be like a cat-and-mouse game with the streaming platforms constantly implementing tactics to prevent vpn access to their content. ExpressVPN have a dedicated streaming team that constantly monitors this ever changing landscape, ensuring that you can always connect to BBC iPlayer to watch Father Brown online without any issues.

Futhermore, their network of vpn servers are optimised by their Engineering Team to ensure blazing fast streaming speeds. This is a really important consideration when choosing a vpn service provider, as a buffering and laggy connection is the last thing that you want to experience when you’re trying to enjoy watching Father Brown online. Our experience with ExpressVPN has shown that they have the server hardware, bandwidth and technical resources onhand to ensure that this rarely (if ever) happens.

Another key feature for us that makes ExpressVPN our preferred choice is their extensive range of vpn apps. No matter what platform you choose to watch Father Brown on, ExpressVPN have an app for you. Their current vpn app offering includes apps for: Apple Mac, Microsoft PC, iOS, Android, Tablets, Routers, and many more. While some of their competitors have clunky and hard to use vpn apps, the ExpressVPN apps are extremely simple to download, install and use. This is exactly what you need to get you up and running quickly so you can watch your favorite Father Brown episode online.

ExpressVPN are so confident that you’ll be happy with their service, that they offer a hassle-free 30 Day Money Back Guarantee. This gives you the peace of mind that you can try their service, and if for any reason you’re not satisfied you can get a full refund. Click on the link below and head over to their website to learn more or sign up:

NordVPN is a solid option for streaming Father Brown season 8 online for those on a budget. It is relatively low-cost and offers hundreds of fast UK servers that eliminates the possibility of lag. NordVPN has a  huge network of 5,600+ vpn servers across 59 countries, so no matter where you are in the world there is bound to be a vpn server nearby for you to connect to. Futhermore, for those that really concerned with their internet privacy and security, you’ll be glad to know that they’re headquartered in Panama which is outside of 5/9/14-Eyes jurisdiction. If security while watching Father Brown online is one of your primary concerns, then NordVPN is going to be your best option.

The unlimited bandwidth offered by Surfshark makes it a worthy contender, along with steadfast security and unwavering speed. This means that you can also use it for gaming and streaming on other platforms with ease. They also offer an unlimited number of simultaneous connections, something that no other major vpn service provider currently offers. If you live in a large household with multiple different people all wanting to safely and securely connect to the internet via a vpn, then SurfShark is a good choice for you.

Father Brown Season 8: What We Know So Far

So far, we know that Father Brown season 8 will run for ten episodes, similar to the previous seven seasons. The title of the season premiere is the “The Celestial Choir”, and you’ll be able to see it on January 6, 2020. As you can imagine, Father Brown will likely continue to solve crimes with a dash of priestly behavior. Best of all — BBC has agreed to renew Father Brown and season 9 has already been confirmed.

In season 8, you can expect to see the good priest solve the killing of a weird beekeeper and express his distaste for fortune-tellers and their prediction. Mark Williams of Harry Potter fame will return to the title role, along with Sorcha Cusack as Mrs. McCarthy and other key show regulars.

If you’re a fan of the Father Brown series, here is the full listing of episodes from Season 8

Categories: How To Watch