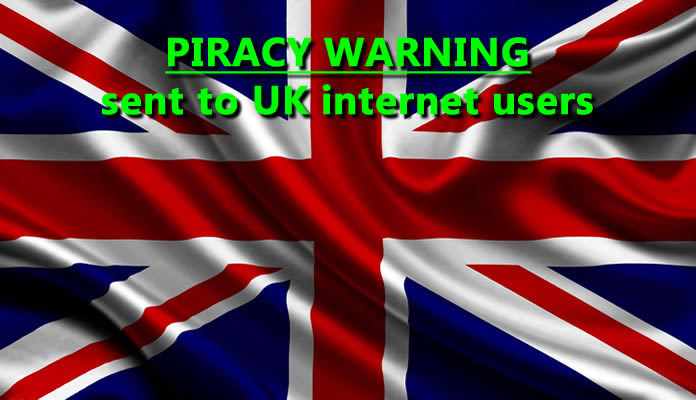 The recent attempts by authorities in the UK to send piracy warning letters to Internet users in the country is likely to fuel the demand for VPN services in the country; it has been observed.

According to Ernesto van de Sar, who is the editor at TorrentFreak, the new move by UK authorities is unlikely to have a substantial impact on reducing the rates at which people download files from peer-to-peer sites.

‘Many users of peer-to-peer sites are unlikely to be deterred by the warning letters because they know that it is not easy for the authorities to catch them,’ he said.

The UK authorities are planning to step up the fight against digital piracy by sending out email messages to specific individuals who are notorious users of peer-to-peer file sharing sites.

In the email messages, the authorities are planning to educate the users on the dangers that they expose themselves to when downloading files from illegal sites.

The authorities believe that by sending out the letters to individuals who use P2P sites, they will successfully reduce the rates at which people in the country are illegally downloading movies, software and music files from peer-to-peer file sharing sites.

It appears that the recent move has been informed by the findings of a recent report in which it was indicated that up to 28% of internet users in the UK are active users of P2P file sharing sites.

The report further indicated that as many as 23% of the people who were interviewed admitted to having accessed movies and other entertainment materials from illegal sites.

Other players in the industry have pointed out to the need for the government to collaborate with all the other stakeholders in a bid to fight the vice.

Alan Bewkes, the CEO of Time Warner, has said that the industry has been actively fighting piracy for a long time now.

‘You can see that Game of Thrones, for example, is now one of the most pirated TV shows,’ he pointed out.

It appears that authorities are now taking the issue of using a collaborative and proactive approach to fighting the vice seriously.

However, some observers have pointed out that the move is only likely to lead to internet users adopting the use of VPN services to avoid the dangers that the warning letters point out that the users face when they access P2P file-sharing sites. It remains to be seen how internet users will respond to the new warning letters, which the authorities intend to start sending out by the end of this month.