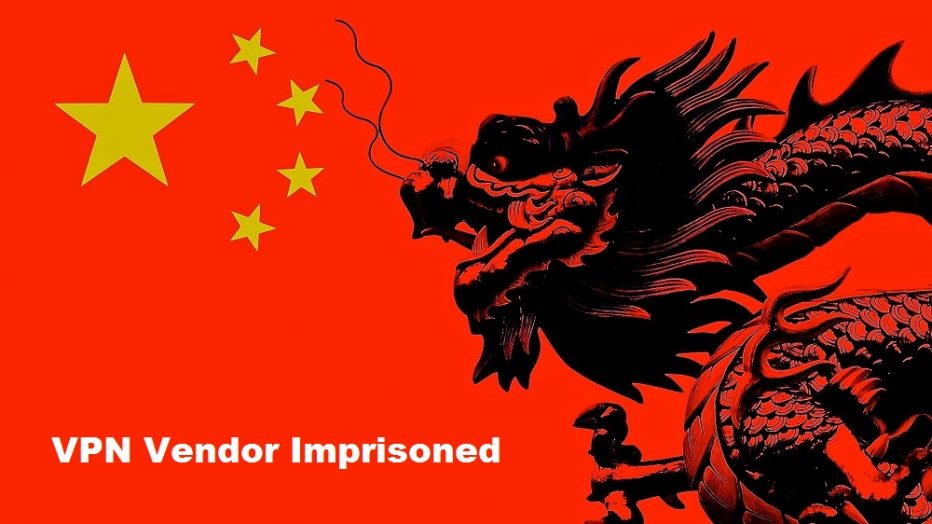 In an effort to crackdown the Virtual Private Networks (VPNs) that allow Chinese citizens to circumvent the Great Firewall of China, a Chinese man has been sentenced to 9 months imprisonment and a 5,000 Yuan fine for selling VPN software.

Deng Jiewei, a 26-year-old man from Guangdong province, sold VPN software from his small online company. Jiewei and his partner Jiang Moufeng run a website that listed two products for VPNs, allowing customers to access foreign websites that were banned on the mainland. Over two years, they raked in about 14,000 Yuan or $2,133 in sales.

Although Jiewei was sentenced in March, the news broke just a few days ago, sending shock waves through the country. VPN users all across China are concerned that they may be punished for using VPNs to access websites such as Facebook, Instagram, Google, and Twitter.

This is the first time such a harsh sentence has been awarded to a small-time seller of VPN services. If the sentence applies to Deng Jiewei as a seller, does it have consequences for users of VPN services?

The ruling Communist Party in China operates a wide-scale online surveillance system, often referred to as the Great Firewall of China, that keeps an eye on everything Chinese users do online. Access to content that may pose a threat to the Chinese government is blocked in China, and the only way around is through VPNs.

The use of VPNs is so popular in China that major businesses and international companies rely heavily on it to securely connect to offshore servers and exchange data. Hundreds of thousands of non-business users use VPNs every day to dodge government restrictions and visit blocked sites.

The Great Firewall of China gets stronger

While the government has not yet been able to create and implement a blanket ban on the use of VPNs, their stance has been clear. In January 2017, China started a campaign to stop people from using VPNs and passed a law that requires ISPs, cloud providers, and VPN resellers to apply for licenses to operate. Many local VPN suppliers were asked to close down and VPN software dealers and providers who were making profits were told they would face fines or be arrested.

The Chinese government has ordered the country’s largest telecom providers, China Telecom, China Mobile, and China Unicom, to block access to VPNs by February 2018. Retail behemoth Alibaba and Apple have also removed apps and links that enable patrons to access foreign websites and content restricted by the great firewall.

So far, multinational firms operating in China and their employees are allowed to use approved VPNs, and no user of VPN services have been arrested. While a vendor might be arrested for not being registered under the Chinese government, there are still some vendors that are registered and continue to provide VPN services to Chinese companies.