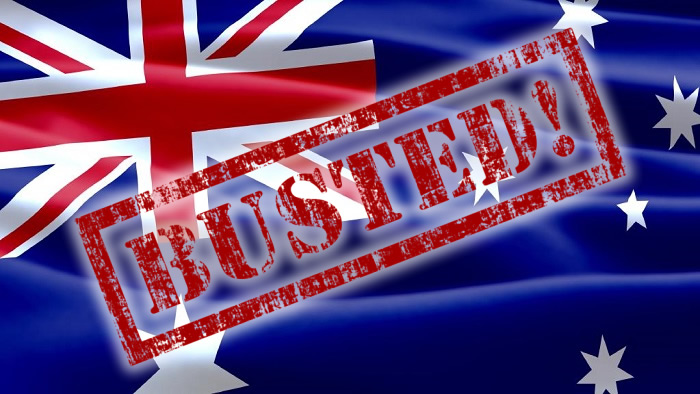 Since Australia’s sweeping nation-wide ban on torrenting websites in 2017, there has been only one way for Aussies to get their hands on torrent files and P2P websites – with that method being a Virtual Private Network or VPN.

Typically, accessing any website through a paid VPN guarantees solid security and not to mention the ability to browse without the worry of every being tracked or monitored. At least that’s what most people thought until an Australian was busted accessing pirated content through a VPN.

A report by Australia’s own ABC television network revealed that an Australian VPN user, who used their VPN service (VyprVPN) to watch a pirated TV show through a torrenting website, was hit with a copyright infringement notice forwarded to them by their VPN service. This came as a shock to most readers and especially the recipient of the letter who believed that ‘a VPN meant you could go about your business online and not be tracked.’

A common belief Australians have about VPNs is that they act as an impenetrable wall for users who want to stay anonymous online. Most people believe that if you want improved internet security or a copy of the latest unreleased episode of a TV show without purchasing it – which VPNCompass does not suggest anyone do – you can do so privately with a VPN.

Major issues start to reveal themselves when Aussie VPN users access blocked content on free and paid VPN services that store user data which can be accessed by authorities as well as Creative Content Australia.

Contrary to popular belief, VPNs often store details about a user’s browsing history, IP address, location and more. Premium VPN service provider, VyprVPN, even explained to the ABC that they store user IP addresses, the VyperVPN-assigned IP address, connection start and stop times as well as the amount of data used during the session. All of these datasets are identifiable and can link any activity back to users, even though they were using a VPN.

How Was the VPN User Located?

Although VPNs are designed to mask a user’s identifiable IP address by replacing it with a new one supplied by the VPN provider, there can be cases where a VPN service stores a users original IP address and their browsing data in ‘logs.’

These logs can contain simple data sets like the amount of data a user has used whilst connected to a VPN, or more complex and identifiable data which can include an IP address, browsing history and even any purchases made on a website.

The VPN used by the Australian user was VyperVPN, which, as we mentioned above does, in fact, log identifiable data because it’s located in the United States where privacy laws require it to do so. This means that all browsing activity is able to be accessed by media companies or any other corporate body looking for evidence of copyright infringement.

What this clearly says to us here at VPNCompass, is that if you truly want to stay safe online and awy from the prying eyes of Governments around the world … the the jurisdiction from which your VPN service provider operates under is vital.

NordVPN is based and operates under the jurisdiction of Panama – a Central American country which does not have any mandatory data retention laws. Ultimately what this means for NordVPN and it’s users, is that it is  doesn’t have to store data logs according to Panamanian law. We strongly recommend NordVPN if you are torrenting online and want to stay out of the reach of those nosey and intrusive governments in the West … ie. Australia, New Zealand, Canada, USA, England …

Are You Browsing Anonymously?

If you’re wondering whether your browsing activity within Australia really is anonymous, then it certainly pays to check with your VPN provider’s logging policy. Some VPN services log various types of identifiable and unidentifiable data, whereas others like ExpressVPN and NordVPN store no logs at all, meaning all browsing data is virtually untraceable and anonymous.

It’s also essential that you do your research to determine whether the VPN service you’re using is based within Australia, the USA or the UK. This is down to the fact that Australia and many other Western countries have strict data collection laws.

Two of the world’s most popular VPNs, NordVPN and ExpressVPN, are located in Panama and the Virgin Islands respectively, outside of the US, UK, and Australia. Both of these countries have no laws requiring the storage of user data and therefore anyone using these services can do so without the threat of having their browsing data exposed.

In recent years, Australia has come down hard on all types of online piracy and illegal downloading. As of 2018, more than 340 websites have been blocked by all major ISP’s and the list of sites continues to grow.

On top of blocking websites, the Australian Government has turned to strict financial punishment for users downloading pirated content. Penalties have been said to sit between $80 to $2,000 per offence. That could mean users who pirated an entire 7-episode season of Game of Thrones could face fines of up to $14,000.

Our VPN of Choice

With all of that said, if you’re in Australia and want to truly browse anonymously you’ll need to connect through a VPN that is against logging, based outside the UK, US and Australia and is committed to privacy. Our top two VPN providers for anonymity remain NordVPN and ExpressVPN.