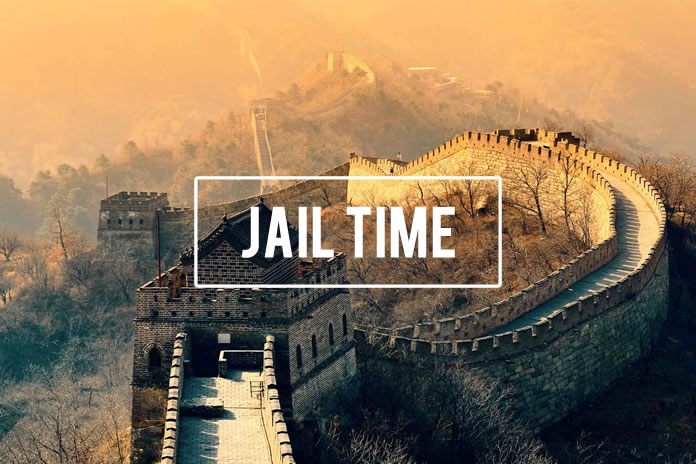 As China’s war on internet freedom rages, the latest victim of the strict new anti-VPN laws, Wu Xiangyang, has been sentenced to five years and six months prison for selling a VPN service to users which sidesteps the nations harsh censorship laws.

This recent sentence is evidence that China has begun amplifying its mega-campaign to lock down, control and heavily monitor the internet within the country. Wu is just one of countless other Chinese nationals recently jailed or arrested for selling or utilising VPN services in 2017.

On top of his sentence, Wu was fined 500,000 yuan (A$98,400), or the total worth of all his profits made since selling the software in 2013. Wu’s service was a VPN which he allowed others to connect to, for a small fee, and granted users access to a myriad of websites that are currently censored within mainland China.

China’s ‘Great Firewall’ censorship program can be simply described as a way for the Chinese government to greatly limit its citizens’ access to the internet. There are thousands of websites banned in mainland China, including YouTube, Facebook, Instagram and even Google.

Recently the Chinese government has begun implementing further restrictions on its citizens, which includes a nationwide ban of VPN services, as well as highly-developed censorship techniques which utilise a range of methods to ensure there is no possible way for its citizens to access any of the banned websites.

Wu’s VPN service was in operation from 2013 until June of this year and boasted over 8,000 individual users as well as an additional 5,000 business users.

An Amnesty International researcher, William Nee, stated that “Anonymizers such as VPNs are a key enabler of human rights online,” and highlighted that the fact Wu was so harshly punished for simply promoting human right is, “a very worrying sign, and it reflects how the Chinese government is determined to punish those that try to jump over the Great Firewall and access information that isn’t subjected to the world’s most intense censorship regime”

The unusually harsh sentence that Wu has received has shone more light on the censorship situation in China and shows that the country is willing to go to all measures to prevent any information flowing into China without government approval. On top of this, China has made it clear that all VPNs will be outright banned by mid-2018, apart from those which are registered with the Chinese government to be monitored, which completely defeats the purpose of a VPN.

Back in September, a man was sentenced to 9 months prison for also offering a VPN service, so it is puzzling why Wu was issued a far longer sentence. As well as countless imprisonments for those offering VPN service to the public, a man was also arrested and held for 3 days simply for creating and using his own VPN service.

Wu’s arrest and imprisonment come as the Chinese government begins to wrap up its 14-month long censorship strengthening program, which President Xi Jinping is touting as a ‘cleanup.’ The country is also presenting the program as an ‘internet sovereignty’ scheme to place China as the sole power with control over its citizens’ web access.

The crackdown has also dragged in one of the biggest names in the tech game, Apple Inc, who were recently required to strip all VPN services from its App Store in China at the request of the Chinese government.