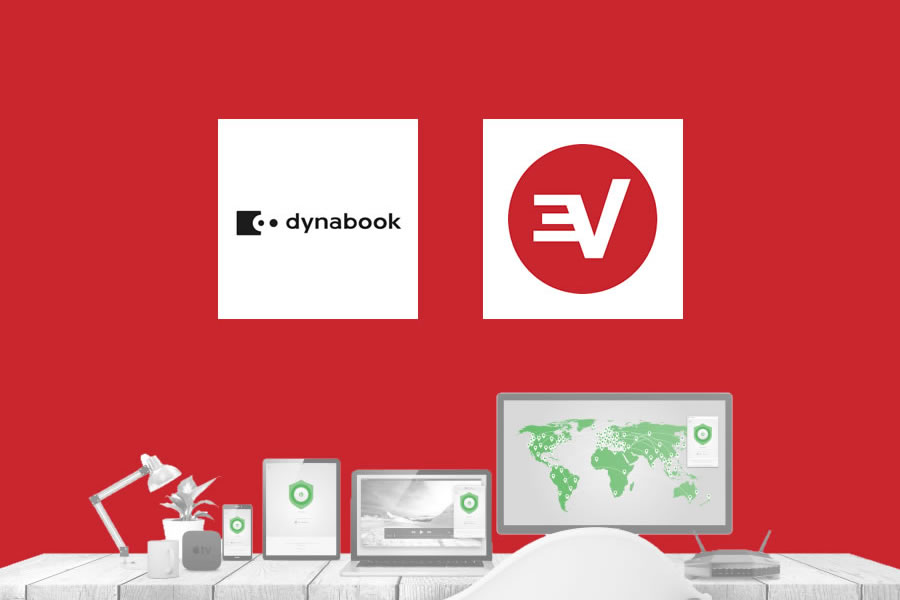 As the race to secure users from growing cyberthreats continues, laptop and device manufacturers are moving to bundle VPN service software and free trials into new laptops, desktops and possibly mobile devices.

This week, Dynabook and ExpressVPN have announced that the companies are pairing up to offer ExpressVPN pre-installed on-device with a 30-day trial included. A trial which is not available online to other customers, making it a Dynabook exclusive.

Why are VPNs Landing on Laptops

Over the course of 2019, there were countless cyberattacks, threats to internet security and numerous government shutdowns. All of these issues could be linked to one main factor; the result of poorly secured devices.

To explain as simply as possible: a laptop without a VPN or any sort of web security is essentially open to hackers and cybercriminals looking to gain control of the device. In the worst case, these hackers can access data, see what users are doing and even steal and encrypt files. All of which could brick a device, result in bank account syphoning and data theft.

Although companies such as Apple continually innovate to secure their software from any and all prying eyes, Windows, Android and other platforms can’t say they’re doing the same. Just this week, Windows was outed by the NSA for having a ‘crazy high’ risk to their Windows 7 devices.

A VPN comes in to be that essential ‘wall’ between a device/user and the internet. All internet traffic is encrypted through a VPN client and sent through a VPN service’s servers across the globe — making it near-impossible for hackers to strike a device.

To further convey the importance of the Dynabook and ExpressVPN partnership, Vice President of ExpressVPN said that, ‘It’s extremely gratifying for us to see that VPNs are no longer just tools for cybersecurity experts, but that companies and individuals alike recognize their importance for all internet users.’

This may mean that VPNs become commonplace in the future of technology – good news for everyone.

As stated above, all future and current Dynabook devices will come with ExpressVPN installed, which also includes some 2019 devices such as the Satellite Pro L50.

In a press release on January 15th, the company made it known that ExpressVPN would be their partner in providing, ‘crucial security and privacy protection right out of the box.’

The press release also outlined that ExpressVPN and other VPN providers contenders were put through rigorous testing processes to determine which service would be the best for Dynabook and its users.

The company’s CEO also touted that ‘VPNs have become an indispensable tool for internet privacy and security, so we’re excited to bring a safer experience to our users right out of the box through this partnership.’

Without a doubt, this is excellent news for the privacy-focused community and puts the VPN industry at centre stage.

In the future, it can be expected for other OEMs to follow suit, offering established VPNs installed on-device or even developing their own VPN services to keep their customers safe online.

Getting ExpressVPN for Your Device

Although Dynabook is offering ExpressVPN for its customers, you can still grab the same service with the same feature set through ExpressVPNs website.

Users of the service will find their internet connection encrypted with military-grade AES-256 encryption and the ability to select servers across the planet.

With more than 160 locations and support for Windows, macOS, Linux and iOS and Android, there’s sure to be an option for all of your devices at home.