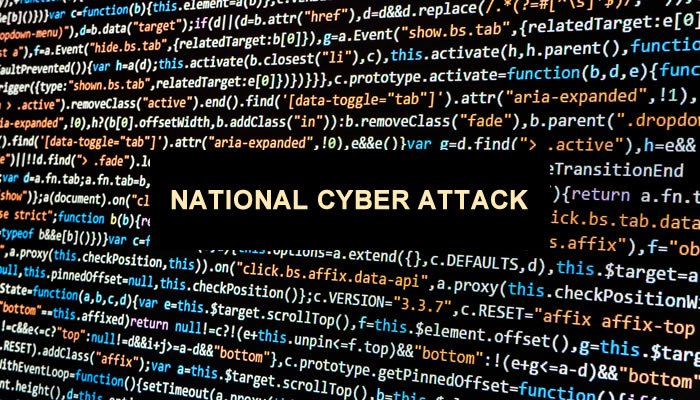 One of the most dangerous and destabilising threats to today’s modern life is Cyber Warfare. Put simply, as countries rely more and more on a computer and digital data networks to function, a cyber attack has the ability to grind an entire nation, or group of nations, to a halt.

The most concerning fact about an imminent cyber attack is that small aggressor nations are fast developing their cyber capabilities, which have the power to deeply affect larger more developed nations who rely heavily on, or solely, on digital transactions, power grids and transport systems. North Korea has flexed it’s might in this area, by showing the world their cyber capabilities with WannaCry earlier this year, affecting hundreds of thousands of people.

In addition to aggressor nations being able to destabilise a digitally reliant nation, they are also being monitored stealing hundreds of millions of dollars from banks, which also includes customer savings and loan payments. Official statistics have put North Korea’s theft at over $100 million, of which $81 million was ‘stolen’ from just one bank in Bangladesh.

If organisations don’t protect us, who will?

Major banks and other organisations have been called out for placing customer security and data protection at a lower concern than the protection of their profit margins, which has led many customers to look for ways to try and protect themselves, change banks or switch business to another company.

Government agencies have also highlighted that they’re now moving towards VPN’s and other data network encryption services to protect their infrastructure, which can include transport networks and power grids. The Australian Government’s Department of Defence has also released an ‘Information Security Advice’ statement with information on how to utilise a VPN to protect staff data and encrypt connections from staff to infrastructure connections – highlighting the immense importance and stability of VPN services.

A number of security and business advisory firms have heavily suggested companies and small business utilise VPN’s to protect customer data, KPMG included. When used by a major organisation to re-route all data through an encrypted server, the security gains are immense, as there is very little information left out in the open.  A study performed by KPMG revealed that 51% of those surveyed believed they would not be a victim of a cyber attack, yet 60% had said that they’d already been affected by a breach.

The threat is being monitored

Although, John Hultquist executive director of FireEye intelligence has stated that it may only be a matter of time until US and world banks come under fire from these new-age cyber attacks, “this could be an opportunity for us to recognise an actor [attacker] while they’re still focused on classic espionage before their mission becomes more aggressive.”