NBA and China’s State Media Clash on Freedom of Expression 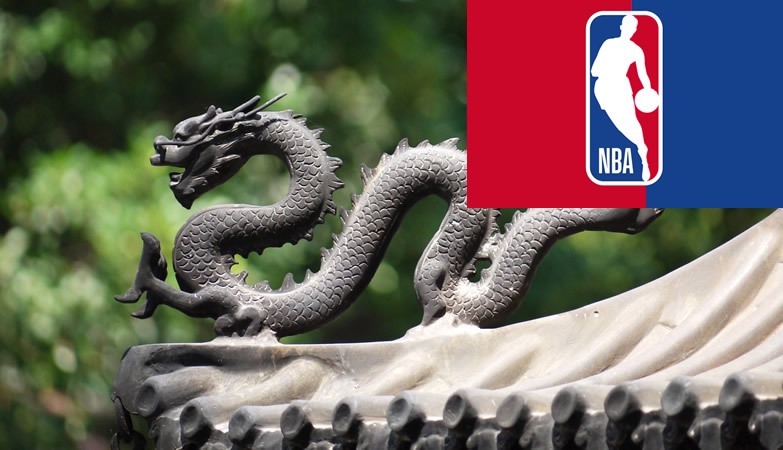 Adam Silver, Commissioner of the NBA this week expressed his ‘apologetic’ feelings toward the reaction of Daryl Morey’s tweet on earlier in the month that touted support for Hong Kong’s democracy-focused protestors. Silver also made it clear that he will stand by the tweet in line with his stance on freedom of expression.

At a Welcome Conference on Monday, Silver stated that, ‘we are not apologizing for Daryl exercising his freedom of expression,’ despite anger coming from Chinese fans of the NBA and Chinese Twitter users in general. Silver did, however, make it clear that it’s crucial for all of those involved in the NBA to be “sensitive” to other cultures and political beliefs when making statements online.

As a result of the tweet, China’s CCTV has taken two NBA games from the preseason off airtime.

The NBA’s Position on Freedom of Expression

From conversations and official statements, it is clear that although the NBA is apologetic for Morey’s tweet, the association is still standing behind freedom of expression, putting it at odds with China’s anti-free speech rhetoric.

These statements come at an unfortunate time when Hong Kong’s citizens are actively fighting for their right to hang on to democratic processes, while China works around the clock to undermine these rights.

In Silver’s words, the ‘values of equality, respect and freedom of expression have long defined the NBA – and will continue to do so. As an American-based basketball league operating globally, among our greatest contributions are these values of the game.’

It has become clear that over the past decade, China has massively rolled back freedom of speech in the country, which has also included restricting internet access. The country’s government is so heavily in control of the web that no data entering the country is able to be accessed without first being approved by the Chinese government.

Not only has this significantly prevented Chinese citizens from airing their issues with government leadership, but it also prevents tourists and holidayers from accessing anything online. Several websites such as Google, YouTube and even Facebook are blocked in the country, making it almost impossible for a free flow of information to exist.

Today, VPN services such as VyprVPN are working around the clock to offer anti-censorship features which bypass almost all of these government censorship efforts. The VPN service’s Chameleon feature is particularly useful at bypassing all censorship.

If you’re travelling to the country, or live in China and would like more freedom of movement when you’re online, making use of VyprVPN is one of your best bets. The service is heavily encrypted, and with proprietary Chameleon technology, you won’t be left exposed to Chinese authorities.