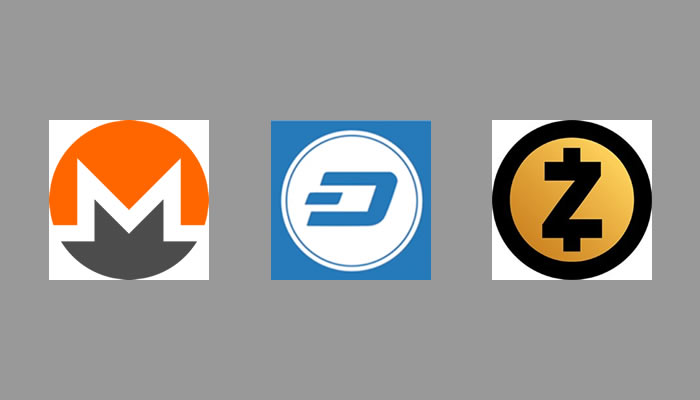 It’s widely believed that Bitcoin is a secure and anonymous cryptocurrency because you aren’t required to provide accurate or even true information during a Bitcoin transaction. Unfortunately, though, there are still a number of different ways your cryptocurrency can de-anonymise you.

All cryptocurrencies store vast amounts of information from every transaction that takes place, anywhere in the world, permanently. This information can be located by anyone and is available for anyone to download and evaluate.

The data stored in every Bitcoin, the blockchain, has information that could reveal who owned the Bitcoin, who received it and who exchanged it for a local currency. This has pushed forward the arrival of new more privacy-focused ‘altcoin’ blockchains, which further encrypt and secure the Bitcoin signatures to make them even less traceable.

Altcoins are perfect for those who aren’t satisfied with Bitcoin’s low privacy level. A number of cryptographers and programmers are currently working on new alternative cryptocurrencies, aptly named altcoins. These new cryptocurrencies offer much deeper encryption and make it near impossible to track funds, find out the balance of users or reveal their payments.

Bitcoin isn’t anonymous. A VPN Is.

Contrary to what you may have heard, Bitcoin is in fact not anonymous at all. Bitcoin even states that, “Bitcoin is not anonymous,” and that, “an address remains unknown until information is revealed during a purchase,” showing that a users data is out in the open for anyone to access once a transaction is made.

A VPN fills the gap left by Bitcoins by encrypting any data that is downloaded to your device, as well as any data that is uploaded from it. This means that using a VPN removes all trace of you and your device from Bitcoin transaction and thereby making each move truly anonymous. BolehVPN says that “Bitcoin and VPNs should always come hand-in-hand.”

Below we have listed a few privacy-focused Altcoin services, which put your anonymity first, though it’s still more secure to use a VPN in conjunction with them.

Monero is a pioneer of the ring signature concept. Simply, a ring signature can confirm someone within a group signed something but keeps the information hidden. Visualise standing in front of 10 lockers, within each locker is an unknown number of bitcoins. You’re able to unlock one of these lockers, although you don’t know which one.

When the time comes to transfer the coins, only you and the person you’ve sent them to will know the number of coins you transferred.

The main downside to Monero is that it’s difficult to use the system for new users. The main developmental focus of Monero is the backend coding an security, rather than ease of use and integrations with wallets and stores. Until recently the only way to use Monero was via command-lines, similar to macOS’s Terminal.

The primary security feature of Dash is its use of Coinjoin, which is also used in Bitcoin. Coinjoin allows multiple users combine their transactions into a single one, making it near impossible for anyone to trace or examine which input and outputs go where. Though, it’s still possible for an observer to determine the number of funds in each address.

Most critics are accusing Dash of focusing more on the marketing and selling of their service, rather than developing security. It is noted by ExpressVPN that governments or any attacker can instantly compromise the entire organisation and undermine the cryptocurrency via only a single access point. An example of this negligence to security is their last Github post, almost 7 months ago.

Using Coinjoin as a secure solution should not require a blockchain if implemented correctly. Dash’s main advantage in this is that every user is required to use Coinjoin, which results in every user’s actions being hidden, unlike Bitcoin.

There are a number of concerns in regards to the use of Coinjoin though, if it is implemented wrongly all users may be exposed and de-anonymised at once.

The zero-knowledge proof mechanism works by allowing you to prove undeniably that you own a set number of coins, but doesn’t reveal which coins. This blocks anyone from seeing the number of coins you own, even if they do know your address.

Using this feature means that you can prove you have coins, just not which ones, keeping everything private.

Main criticisms of ZCash are that it was founded as a company, and raised money from Venture Capital firms, rather than being born out of a decentralised group of individuals.

The only way that zero-knowledge proofs work is that if the encryption key that was created with ZCash, was destroyed. This trust-based system means that if ZCash did not destroy this key, someone could begin creating an unlimited amount of ZCash out of thin air, resulting in the currency’s value plummeting.

Zero-knowledge proofs are similar to ring signatures in the fact that they require a lot of processing and storage space. As a direct result of this, less than 1% of ZCash transactions use this security, making the transactions de-anonymised.

Would it be possible for bitcoin to implement these security methods?

It would be possible to implement these secure encryption methods within Bitcoin, although, as Bitcoin operates at a much larger scale it is likely to never happen. The extra storage space and data required to make such a shift could cause a myriad of errors and user frustration.

Coinjoin is already available for transactions in Bitcoin, although it is very rarely used, making it stand out when someone does use it, spotlighting them and defeating the whole purpose of anonymity.