How to watch American Made on Netflix 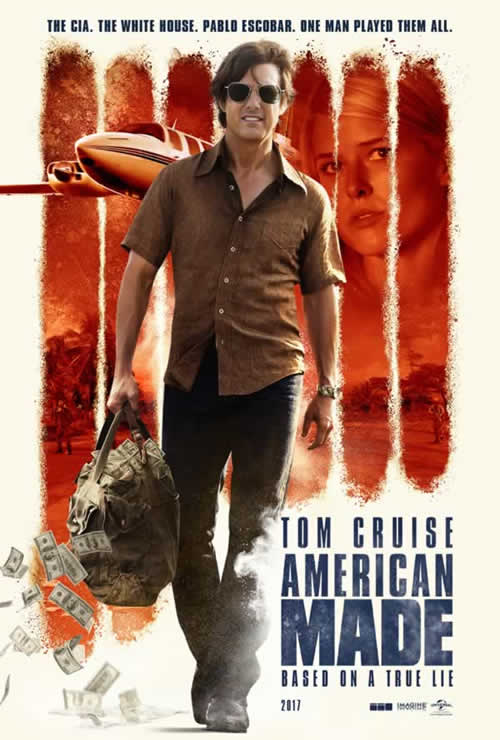 Despite its title, the film American Made is not available for Netflix subscribers in America as at November 2022. Licensing issues mean that Netflix can only stream this movie to users in other countries such as Belgium, Italy and the Philippines. You can still watch this movie on Netflix even from America, but you would need to use a Virtual Private Network, or VPN, to get around Netflix’s region-based geo-blocks. A VPN tricks Netflix into thinking that you’re a subscriber from another country by routing your internet traffic to a foreign server, allowing you to finally enjoy the Netflix movies previously only available in other countries.

The action-packed comedy film American Made stars Tom Cruise in the leading role of Barry Seal, a civilian airline pilot recruited by the CIA to conduct secret reconnaissance flights over Central America in a small twin-engine plane. His involvement with the CIA continued for decades, but a turning point comes when Seal comes into contact with a corrupt Panamanian general, who gets him to smuggle cocaine into the United States in exchange for a handsome payout. Seal’s drug smuggling activities slowly escalate, bringing him immense wealth but also putting him in the sights of the FBI and the DEA, who are determined to bring him to justice. Loosely based on the true story of the real-life Barry Seal, the movie released worldwide in 2017 to critical acclaim.

Related: How to watch Holes on Netflix

Read More: How to watch Venom on Netflix

How to watch "American Made" on Netflix in the USA

There is a way to watch American Made on Netflix, even when it isn't available in your regular Netflix USA library. This involves changing your Netflix country using a fast, safe, and reliable VPN. Follow these quick and easy steps, and start streaming American Made now: